The other day we celebrated graduation at Children of Hope School. In addition to the 10 graduates who received their diplomas from the elementary and pre-school departments, every student got a special award. It was such a great day and lots of tears were shed, many of them by 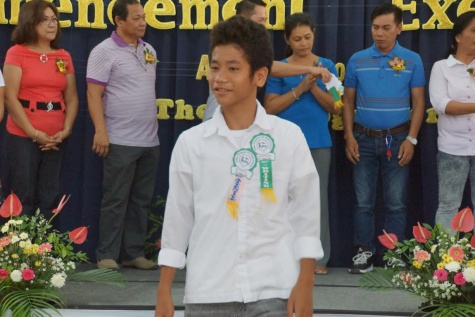 the woman sitting next to me - Marlys. Knowing the stories of each child, it is very emotional to think of the circumstances that brought them to CSC and the many things that they had to overcome to be walking across that stage to accept an award. One little boy has only been with us for a couple months. His twin brother died just before he came to live with us. The smile on his face walking across the stage told us that he is on the way to emotional recovery. Another boy had recently been abandoned. He woke up alone one morning. Now, just a few weeks later he was getting an award for doing good work in school. Another had been living in an orphanage where the director was abusive and had ended up living alone on the streets for a year. Now he was getting a medal from his teacher for being Best in Writing and Most Attentive! An 11 year-old girl who had been badly burned in a tragic fire in her home was also being awarded. Her smile lit up the whole stage! Children who had never been able to attend school before coming to live at CSC were being recognized for their achievement, hard work and positive behavior in school.

Children of Hope School is a place where every student is honored, encouraged and given a chance. For some it is a first chance at school. For others it is a place of second chances. And last week it was a place for getting an award and the satisfaction that comes from being appreciated. Every student has something they are best at. And, like the plaque near the door says, "We don't care where you come from, but we care about where you are going."