The long road that led to CSC

How can people have no feelings?
How can they ignore their friends?
Easy to be proud, easy to say no.

The words of this song from the late 60s were brought to mind recently when a 12 year-old boy was referred to us. His story reveals the heartlessness and cruelty of  people, and the ways that some children have to suffer at their hands. We'll call this boy Roberto and his younger  brother, Michael.

Roberto and Michael were brought to an orphanage in Cebu City when they were babies. The orphanage, which was connected to a Protestant church,  was not a good place. When the boys were older they were abused. Punishment was severe, sometimes cruel. The lady who was in charge of the place was the one dealing out the beatings. Luckily, the place was closed down and the children were parceled out to other child caring institutions. CSC got three girls from that place, but we did not have room for boys at the time, so Roberto and his brother, then nine and 10,  went to live at a home for children on a neighboring island. Shortly after there arrival there, one of the boys threatened Roberto. (The home catered to older kids, and their residents included some who had lived on the streets and were used to fighting and intimidation.) On the second night they were there, Roberto decided to run away. Michael was afraid to go out into the dark night, but Roberto was able to find a young boy, just five years old, to go with him. The gate was always left open so they had no trouble getting away.

Roberto only knew one place to go, back to the church where he had lived. He didn't know that it was 18 miles from where they were starting out. And they had to cross a long bridge that led to Cebu island. But he knew he wanted to leave that place, so off they went into the night. 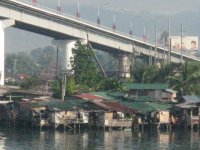 It took two days and nights to get to the church. They slept along the road, wherever they could find a spot that looked safe. On the second morning Roberto woke up and discovered that his little companion was gone. Without a trace. All he could do was keep going. When he finally got to the church he found that it was closed up. The gate was locked. One of the former orphanage workers said that he could be their family's houseboy, but that didn't last for long. One day that family packed up and left, and Roberto had no place to go.

Out of desperation, he found a big piece of cardboard which became his bed for the

next months. He slept just outside the locked gate of the former church/orphanage. He would look for food wherever he could find it, in garbage cans or occasional handouts from neighbors. Other times he would steal food to feed his hungry stomach, which enraged people in the community. He was often beaten by neighborhood boys. One family took pity on him and would stop the boys from beating him, and would give him food. Life was hard for Roberto. No place to live. Nobody to take him in. He missed his brother and worried about the boy who had disappeared along the way. How can people be so heartless? How can they be so cruel?

One of the compassionate neighbors knew about CSC and informed us about the situation of Roberto. We get lots of referrals and can not respond immediately to all of them. Eventually our social worker and counselor went to visit Roberto and hear his story. They were overwhelmed by the things that had happened to him. In the next few days we made contact with the place where Michael was staying and arranged a meeting with their social worker. Two of our social workers, Chris and our new Social Worker Director, Klaris, and our counselor, Eldie, made the trip to the neighboring island to discuss the boys' case. Michael was relieved to hear that Roberto was okay. He hadn't heard anything about him for a year and a half. Both boys wanted to be reunited and it was determined that this should happen the next day at CSC. 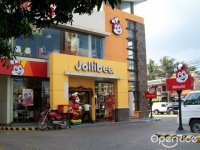 The reunion was so sweet for the boys. They were more than a little amazed at the facilities of CSC and the course of events that had brought them back together. After more counseling and some medical tests, and a talk with a representative of the place where Michael was living, our staff made the decision to admit Michael and Roberto. The boys would no longer be separated and Roberto's days of homelessness would end. It was an exciting day for all of us. They boys needed to go back to their respective places, get the few things they owned, and say goodbye before becoming official CSC kids. But first we brought them to Jollibee, a fast food restaurant near CSC. It was so much fun to watch the boys eat and laugh. It must have seemed a little surreal to them to be together at that place with a group of adults who were concerned about them and wanted them to be together in a nice and safe place. Roberto was not able to finish his chicken and we were surprised when he asked if he could have a bag for "take-home."

When they got to the place where Roberto had been staying, he ran to one of the houses near the church, the place where one of the people who had protected him from the cruel boys lived. This was the first person who had shown concern for him, maybe in his whole life. Roberto wanted to give this guy the leftover chicken from Jollibee! It was one of the most touching things that we have known about in our many years of working with kids. A few acts of kindness had made a huge difference in Roberto's life and he wanted to say "thank you" in the only way he knew how.

Later that day the boys were officially admitted, and spent the night in the infirmary while 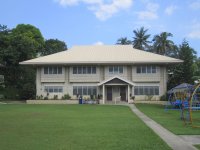 we waited for their lab results. The next morning they moved into the Cherne Home, where house parents Tarex and Pureza and the children welcomed them. It was the biggest day in their lives, so far. And there are many big days ahead. They will be making a lot of new friends and will soon be enrolled in our Children of Hope School. They won't be apart. They won't be hungry. If they are sick they will be provided with the best medical care available in the Philippines. If they are sad they'll be comforted. And they will get the chance to learn about a loving Heavenly Father and a friend and Savior who will never abandon them.

Yes, its easy to be heartless. Easy to be cruel. But its also easy to be kind. Easy to be a needed friend. Kids need a friend. Thanks to all who make it possible for us to say yes to kids like these two and the many others who need the love and care of our Shelter.