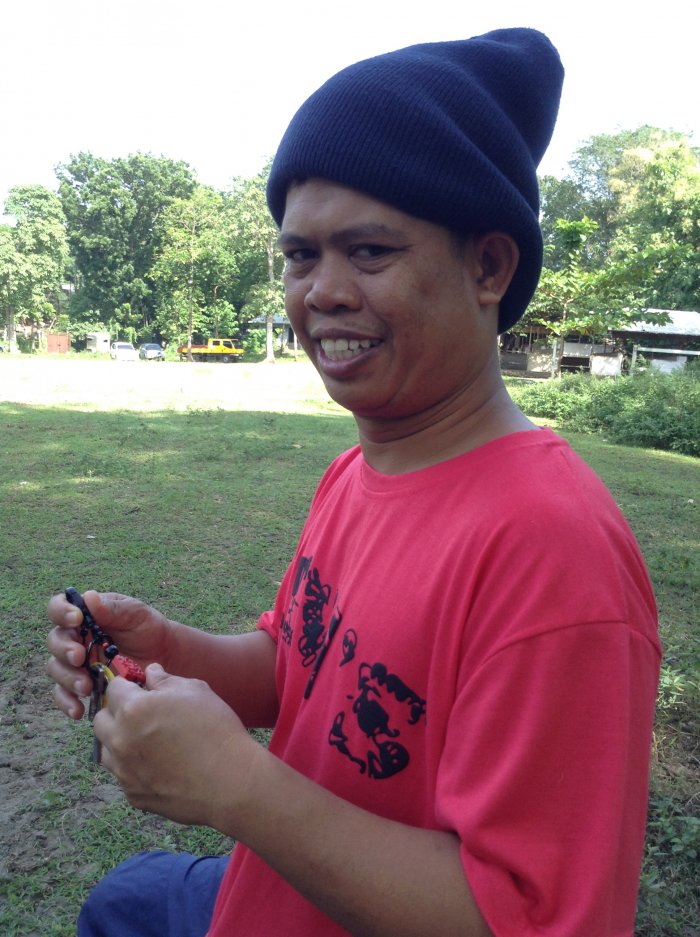 this guy was born!

I don't know that story, at least not all the details.  But I know it was August 8, 1976.  And that it was a special day. God brought Joemar into this world, knowing full well the kind of blessing he would be to so very many people.  Fast forward several years to July 15, 1985, when Joemar was admitted to CSC.  The details of those in between years are also not all known, but I can guarantee that he saw things or exerienced things we wish he never had.  He was probably scared at times, maybe even hurt and he undoubtedly went without.  That is, of course, why he came to CSC.

It is easy to forget that Joemar has a story that precedes CSC.  He is so at home here.  He belongs here and it just would not be the same without him.  It is also easy to forget that he ever knew pain or heartache because he is just so joyful.  He loves life with a contagious fervor.  I cannot help but smile when he greets me at my vehicle each morning, saying, "Ning, Sy" (Good morning, Lindsay).  He then holds out his arm to take my computer bag for me. He then walks with me to my office, carrying my bag the whole way until he puts it next to my desk.  He immediately begins sweeping the floor and sharing with me whatever news he has.  Some of it I can put together, other bits only he really knows what he is saying.  Either way, I like having him there.

The excitement Joemar had for his birthday was palpable.  His house mother informed me that he had woken up before 4am---too excited to sleep anymore.  In the several weeks preceding his birthday, he had talked to me every day about the cake for his birthday.  He knew I was the one that got the cakes and ice cream for each party.  But the flavor he wanted changed every day!  We finally decided on ube and he stuck to that.  But the day before his birthday, he had mentioned that he was going to have 3 cakes and he held up 3 fingers.  Now, Joemar does not always get his numbers right, but I had to laugh anyways because he was still indicating that he wanted more than 1 cake.  :)

Unbeknownst to him, there would be 2 cakes for his day.  One cake (ube) would be for him and his guests at his birthday, but there as another cake that was brought to him while he was working.  Joemar works at McDonald's every day.  He loves it and they love him.  The employees at McDonald's are so happy to see him and love having him there.  Even if we take Joemar to a McDonald's at a different location, he inevitably has friends there.  This cake was a birthday cake and a "Thank you, McDonald's cake," for all that they do for him. 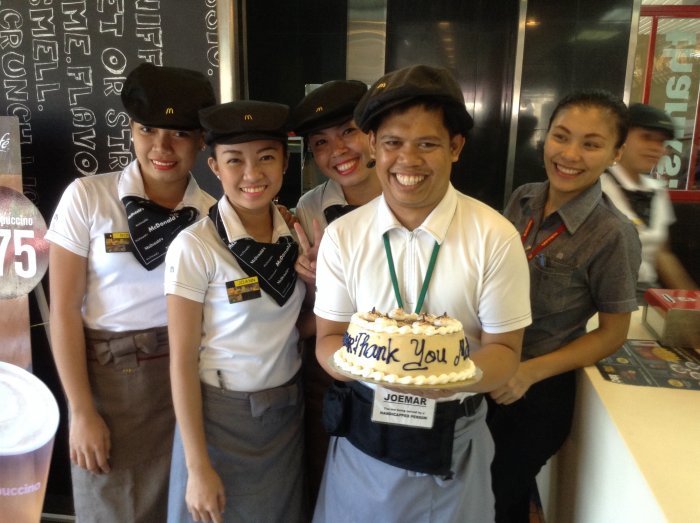 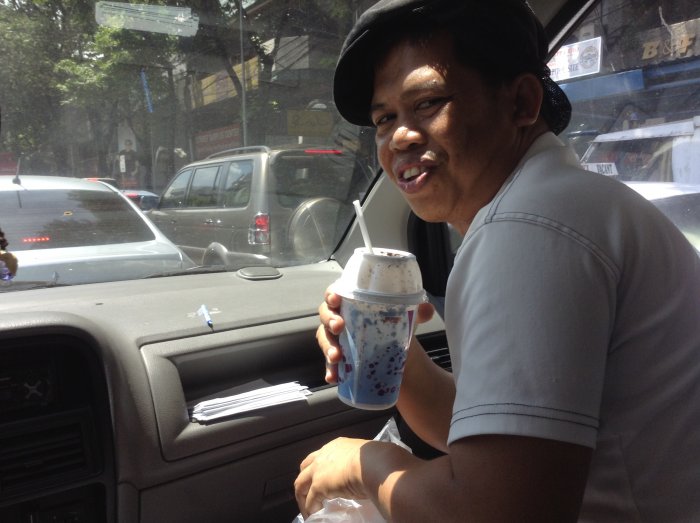 Auntie Sandy, (or Sausy) as he calls her, and I had surprised him there at the end of his shift.  He was happiest when he had visitors!  But he still felt pressed to do his job, he left for a bit to clear off some tables and he was worried that the second level of the restaurant needed his attention!  After the picture taking, he started to leave with us but the other workers called out that he had forgotten his food.  They sent him home with a chicken and spaghtetti meal, some Coke and a McFlurry.  He was beaming!

It was a day of celebrations culminating into the big party at his house.  He could not wait.  If you talk to Joemar, within 5 minutes or so, Superman will usually enter the conversation.  Joemar LOVES anything Superman ("Perman" usually followed by the flying arm movement)!  There were going to be Superman gifts and he was so excited!  But there were also Superman decorations! 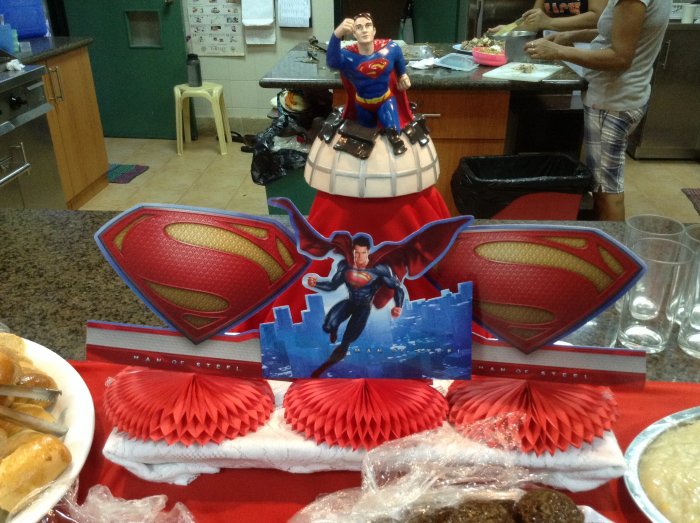 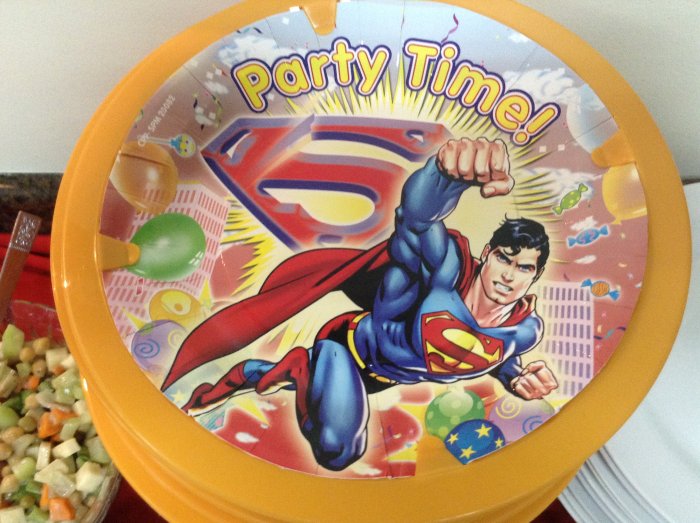 Joemar was also looking forward to having Uncle Sio and Uncle Eldie attend his birthday party.  He often assists Uncle Sio or watches what he is working on as Uncle Sio is always doing interesting projects around the grounds. 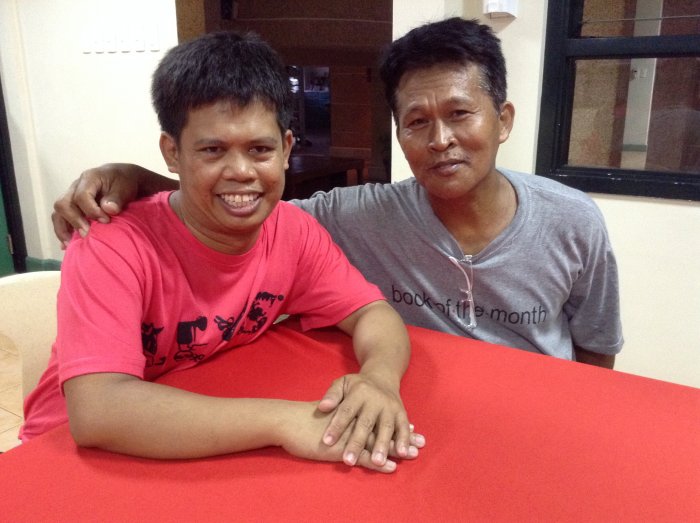 Uncle Eldie is one of our counselors and Joemar makes a point to visit his office during the day also, to share news with him. 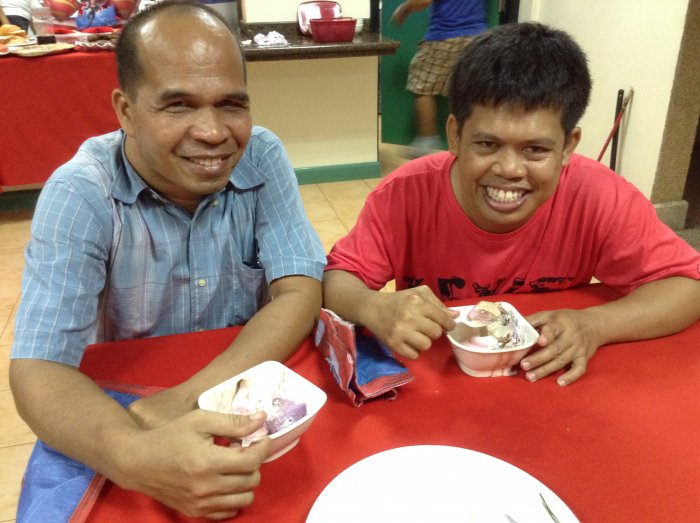 Last but not least, was the gift opening!  Superman everything and he couldn't be happier! 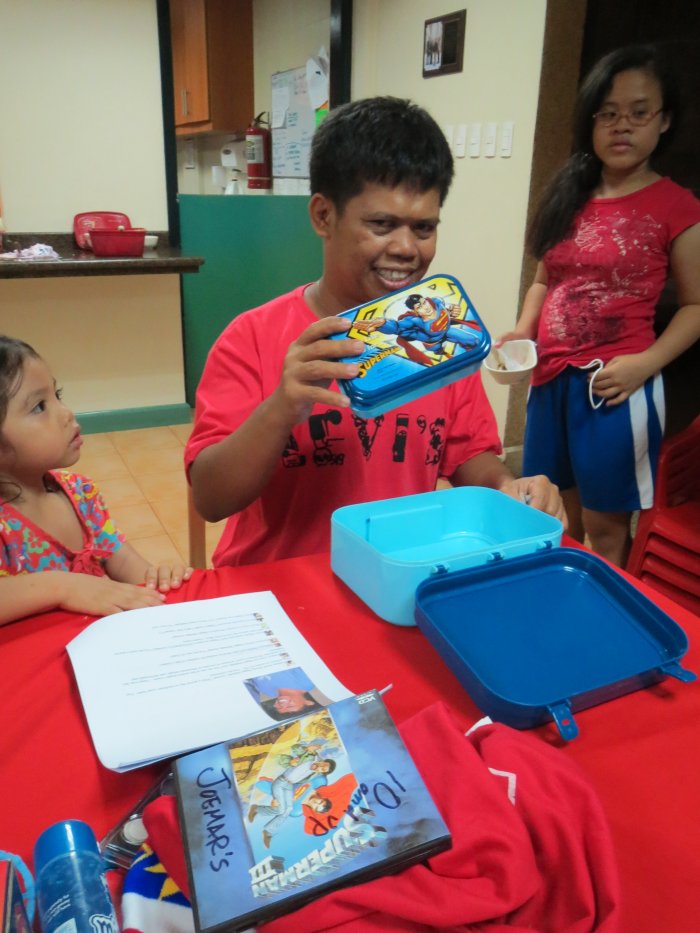 What a joy to celebrate Joemar's birthday with him!  And what a privilege to get to know him and be a part of his life.  He is such a precious gift from God and he has blessed CSC in countless ways over the past (almost) 30 years he has lived here.