A cool thing happened the other day.  I was unpacking a box of math workbooks Tammy Vosika had brought over to Cebu.  I had actually packed the box of books myself in Minnesota and taped it up, ready to go, and dropped it off at Tammy’s house.  In Cebu as I unzipped the travel bag around the box, I noticed the tape was gone from the box.  That was not surprising as boxes are often inspected at some point during the travel route.  As I was taking the books out of the box, there was a five dollar bill taped to one of the books!  I was a bit surprised and wondered out loud if Tammy had taped the money in between the books just to see if the inspection guys were honest.  Tammy came around a bit later and I asked her about the money.  She said she had not put any money in the box!  So that meant an inspector at one of the airports, most likely Minneapolis or Chicago, had taped the five dollars to the box, contributing to the shelter and school.  Maybe that person read the name of the orphanage on the outside of the travel bag. Maybe he had a connection to the Philippines.  We’ll never know, but what a sweet and powerful reminder of God’s work.  Thank you to that anonymous donor! 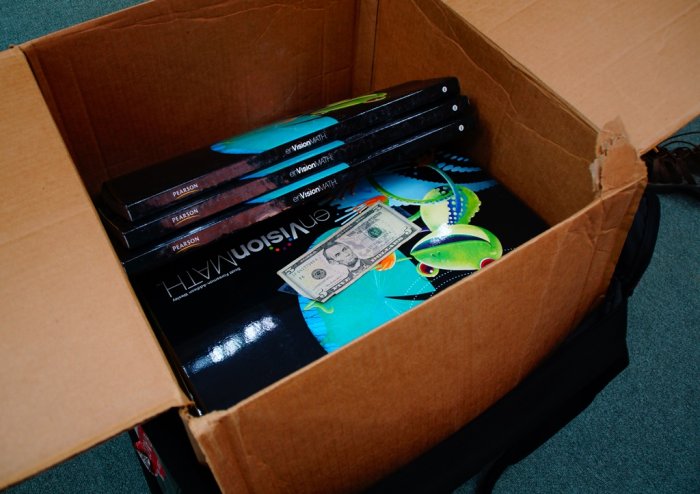