Danneil is one year and eight months old, and has been sick for much of his life. He has a problem called vesicoureteral reflux, which is an abnormal flow of urine from the bladder to the upper urinary tract. In VUR, urine may flow back—reflux—into one or both ureters and, in some cases, to one or both kidneys. VUR that affects only one ureter and kidney is called unilateral reflux, and VUR that affects both ureters and kidneys is called bilateral reflux.  Danneil's VUR is unilateral. Danneil has been sick much of the time since he came to CSC on 8-16-12, so it has been difficult to pursue having surgery that he needs to correct this problem.  He was discharged from the hospital on 3-18-14 where he was confined for a week for diarrhea and fever. The other day we spoke to the urologist and he ordered another test called a VCUG.  It is a technique for watching a person's urethra and urinary bladder while the person urinates (voids). The technique consists of catheterizing the person in order to fill the bladder with a radiocontrast agent. The results showed that he does need the surgery as soon as possible. We are  scrambling to get this done before he gets sick again.  Usually he has pneumonia, but he also has occasional urinary tract infections.  The surgery is tentatively planned for Thursday morning, March 27. Please pray for our little guy as he faces this surgery, and for Marlys and our medical team as they work with the doctor and make the arrangements for his aftercare. 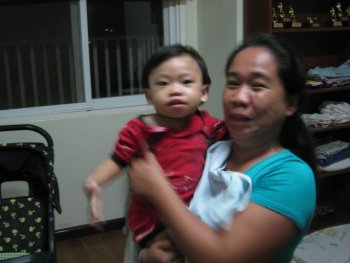