They flew! That was the great news that Marlys gave us early this morning. Thomas, our little four month-old boy and his caregivers were able to board a plane for Manila where he will be having two major surgeries in the coming days.

Getting permission to fly was not easy. Marlys and our head nurse, Warlita, had to bring him to the airport on Friday to see a doctor. Thomas has choanal atresia, which is causing a complete blockage of th eleft nostril. The right nostril has a very small opening, which is why he is alive. He also has craniosynostosis. His skyll bones fused together prematurely. Surgeons will need to remove bone from his skull to make space for his brain.  Because these surgeries cannot be done in Cebu, and because the cranial problem is very critical as the brain is being constricted, alternate plans were needed. Cebu doctors were very helpful in referring him to some Manila surgeons, a hospital was found where they could do the surgery, and a host of other plans and preparations were initiated by Marlys and her medical team. It is a very daunting tasks to arrange for something this critical in a city other than where we live. We needed to find workers able and willing to go to Manila for an extended time, nurses we could hire during the long recovery period, a way to get money up there for deposits and payments to doctors, pharmacies and the hospital. So many things had to be considered, and there isn't time to waste.

To be sure, our taking on something like this required the cooperation, kindness and generosity of many people. Some dear folks volunteered to give money towards the surgery. Friends in Metro Manila offered to be the "bag men," helping us channel cash to those we will need to pay, so we don't have to bring large amounts of cash up to Manila. (The hospital does not accept checks or credit cards. Cash only.) Our doctors in Cebu were there to give us advise and to make the recommendation to the airline that he was okay to travel. CSC workers volunteered to go to provide loving care to Thomas  before and after the operations. Child caring agencies in Manila offered lodging for our workers and for Thomas during his recovery period. CSC supporters have been praying.

We know that in the coming days lots more efforts, prayers, contributions and advise will be needed. We have been taking this whole thing on a day to day basis, handling the hurdles needed for that day.  But nothing would matter if he wasn't able to get to Manila. But God helped us clear that hurdle. Two separate doctors' approvals were needed. On Friday, Marlys and Warlita had to bring Thomas out to the airport (about an hour's drive) to be seen by Dr.#1. When they walked into his office Warlita recognized him. It turns out that they come from the same town in northern Cebu. The were neighbors when Warlita was growing up. So that helped a lot in getting the first clearance. They were able to purchase tickets for an early morning flight today. But Dr. #2 stood between them and the airplane. He gave Thomas a brief examination and pronounced him okay for travel. So they were off this morning to meet with the doctors and schedule the needed surgeries. (Warlita reported that Thomas slept for most of the flight and did very well.) The first will be on Monday. And its possible they might do them at the same time. The caregivers who went to minister to Thomas are Delia and Rhea.

Then the next phase in this Christmas adventure will begin. Thanks for your caring heart which helps sustain our ministry and extend the best care possible to our children, especially Thomas. 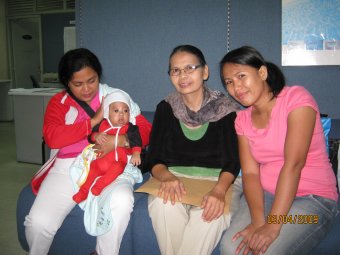 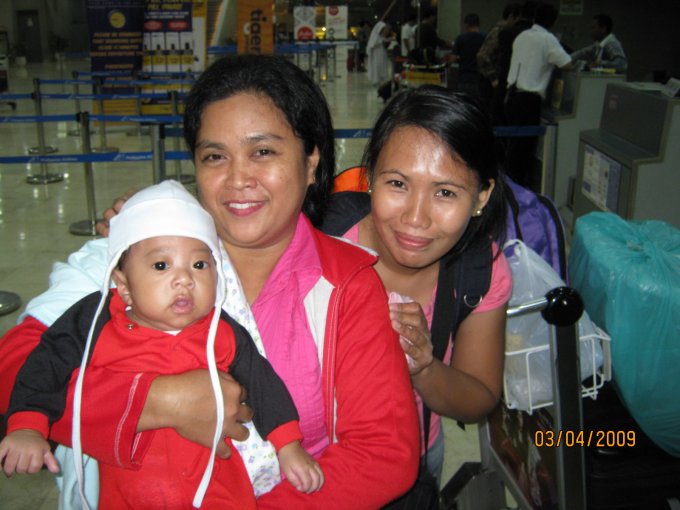