Following a Call: The Ohlendorfs

For most people, getting on a plane to Cebu City, Philippines is a glamorous occasion. It’s exciting to see a place on your itinerary that many people have never heard of…a place that’s exotic, tropical and far away.

Mitch and Ruth Ohlendorf are on their way to Cebu as I write, but I doubt glamorous is a word they’d use to describe their departure. Their year of home assignment in Minnesota, USA has come to an end. They packed up their lives (again), left two beloved sons behind at college and returned to a ministry that moves quickly and requires incredible flexibility, diligence and commitment.

Mitch and Ruth leaving Minnesota is another sacrifice in a long list of sacrifices they’ve made for the homeless children of Cebu. They’re not jet setting off to see a far-off world for a couple weeks. They’re returning to their call. They are the hands and feet of so many who care about orphans. Mitch is our Cebu Executive Director and Ruth is Outreach Director. 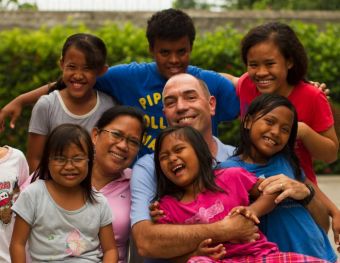 Here's a glimpse into their call to CSC via a short interview:

How did it first hit you, "I want to work for CSC?"

Mitch: When I was in Cebu the first summer on a short-term mission trip. I was in a group of seven that wasn’t working for the shelter, but we were based there with social time at the shelter. I knew that first summer, at least by the end, that God was calling me to this work. I didn’t have a moment where I fell to my knees or saw a blinding light. It was a progression that happened as a result of the whole experience.

Ruth: I grew up not wanting to work with “snotty kids!” But then I saw these big Americans working with and hugging the most malnourished in our community. Here are these handsome men and beautiful women coming to our country and doing this hard work. This changed my attitude towards the children, and I couldn’t help falling in love with them. You could see the physical difference in the children after they came to the shelter.

Looking back at this point, what are some highlights of your time at CSC?

Mitch: Certainly the development of our facilities. It’s a highlight to work hard with those who made it possible through giving. Of course, it’s thrilling when very large sibling groups or children with special needs are placed for adoption. Those children who had equal opportunity at CSC, but less of a chance at adoption due to various circumstances. Being part of that process. Any day spent doing things with the kids is a highlight for me.

Ruth: Looking back the first heartbreak I had was when a girl named Arlie left for adoption. When I started working full time at CSC she was one of the kids who would go around with me in the village. When she left I could hear her calling to me and that was really sad, and I really missed her. When Arlie returned to Cebu a few years ago that was so exciting. Since she left in 1983 I didn’t know if I’d ever see her again. When we said goodbye back then we never knew if we’d see a child again. Now, kids come back, but that wasn’t always a given. Being able to see them and knowing how they are now is a highlight.

When was a time it really struck you you’d changed a child's life?

Mitch: Any time that I do the matching work for a child. It’s a very burdensome, weighty time knowing I have the responsibility of choosing a family for a child--a family for the rest of their lives. It also hits us when we see children at home after they’re adopted. Seeing the ways they’ve been blessed and even challenges they’ve gone through, seeing them continue in the Christian values that they learned while at CSC, especially as they start their own families. It’s important to see the cycle of abuse, crisis and trauma being broken. Sometimes you see what the kids have come from and wonder how they can break out of that, but many have. A boy named Mark having a hole in his heart and seeing him rescued from that and having the life he has now. A girl like Anna. She would be dead if CSC hadn’t stepped in. She and her sister both had sepsis, she survived but her sister didn’t. Everything we do each day, whether major like placing children for adoption, or spending 5 minutes giving special attention is changing their lives.

Ruth: Roselyn and Julieto, two of our Teen Home residents. I encouraged Roselyn to think about going back to school after it became clear she had just settled on being a beautician. She want back to high school and now she’s in college and almost graduating. Julieto saw this and wanted to do the same thing. Roselyn became an example and now Julieto is graduating from high school. We have outreach kids (children who were returned to their birth family) who have graduated from college. With CSC’s help, they’re able to make this happen.

What does it mean to you to be called?

Mitch: To do what you would not otherwise want or feel equipped to do. I think if you didn’t feel called you wouldn’t be in the ministry as long as we have. There are many encouraging things, but there are also many discouraging and difficult things. Being called is about persevering.

Ruth: Hard to see kids make the same mistakes others have made. Instead of learning, they repeat them. But if you’re not there for them, they don’t have any other family. You are their family. I think that’s what calling is really about at CSC.

What would you tell a young person who is interested in a career in missions? 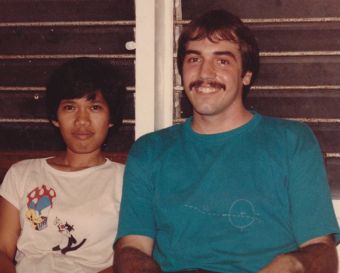 Mitch: It’s a chance, along with many challenges, to live a life filled with incredible blessing and reward and joy. You’ll have done something that’s changed a lot of lives.

Ruth: You’ve heard the phrase you receive more than you give. CSC is very much that place. You can never give more than you receive. There are times you don’t feel good, and going to the shelter makes your day. The kids are excited to see you. They just make you smile.

Well, Mitch and Ruth Ohlendorf make us smile. We are thankful they followed God to his work for them at CSC.