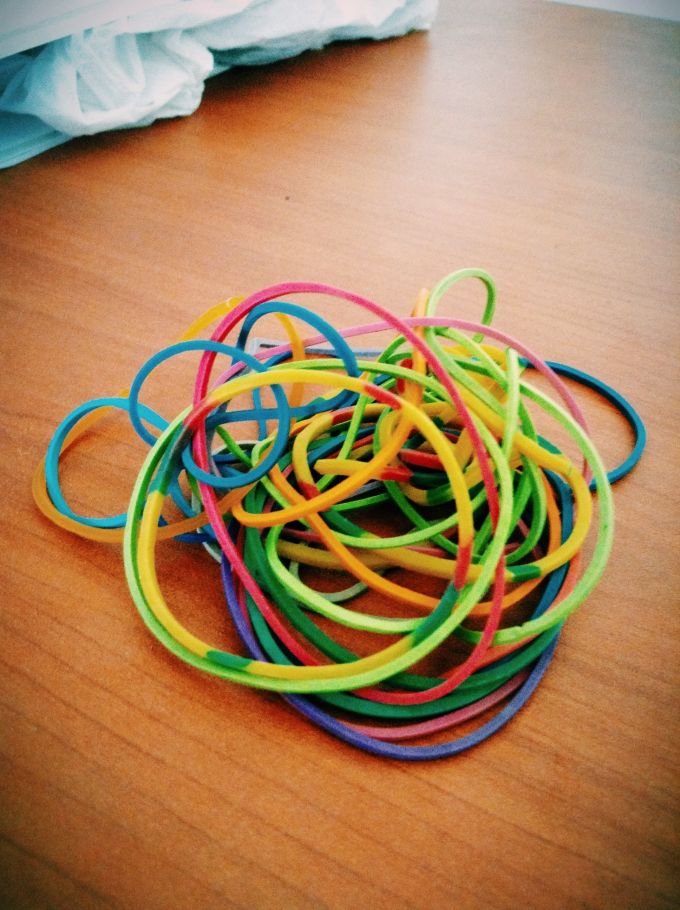 The picture above looks seemingly harmless, doesn't it?

Well, beware!  If you are found at CSC with such an item in your possession it will be confiscated forthwith and you will have to submit to an inquiry.

Can you imagine why this game is now outlawed?

Yep.  You guessed it.  For some reason, there were arguments over who actually won and whose rubber bands were whose.  Some kids had many, many, many and some had few.  It reached a point where the game seemed to involve more fighting than fun.

So, intervention was necessary.  The picture above is only a fraction of the stash collected!

It won't be long until there is a new game trending.  The creativity amongst our children is astounding!  Already I have seen a small group of kids throwing blades of grass over a roped off area of the yard, trying to be the one who threw the farthest.

They are getting wiser...it's got to be impossible to outlaw grass...